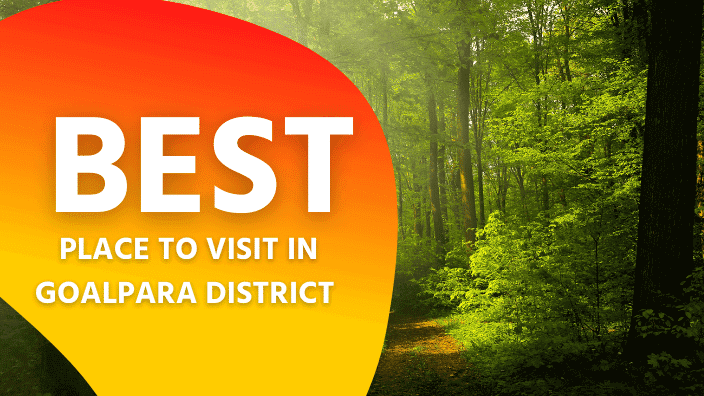 Different places of Assam carry Different knowledge and amusement. Among them, Goalpara is really a remarkable place in our state Assam. You also definitely be attracted by the natural beauty and heritage places of Goalpara District. Now, let's see some information regarding this District. Goalpara is an administrative district of Assam. In the year 1983, Goalpara is divided into three different districts, namely Goalpara, Dhuburi, and Kokrajhar. The division of newly formed Goalpara was established in Goalpara Town. Goalpara is a heavenly look from the side of natural beauty and Sculpture. Goalpara, situated in the western part of Assam, is one of the most attractive places for tourists. From the side of tourism,goalpara is undoubtedly a developed district with its Vaishnavite culture, Natural beauty, and historical importance. Some of the surrounding tourist places in the district are mention below.

Sri Surya Pahar is one of the foremost important heritage sites of the traditional remains of the Goalpara district. It is situated almost 10 km away on the south-east from Goalpara town and about 135 km from Guwahati town. Locally, Sri Surya Pahar is understood as SataliPahar, i.e., a hill having seven peaks of its zenith. The sacred Sri Surya Pahar may be a stretch of shivlingas approximately expanding up to a kilometer. The lingas are said to be formed by boulders and big rocks. People believe that in Sri Surya Pahar there are 99999 lingas, engraved by Krishna Dvaipayana or commonly referred to as Ved Vyasa to form it a reproduction of Kashi or second Kashi. This unexplored place has a minutely detailed design of houses and the bricks built with it, which are of great archaeological importance.

Tukreswari Temple may be a famous religious spot located by the side of National Highways 37 at Tukura about 15th KM from Goalpara Town. As per religious faith, some of (TUKURA) the Goddess Sati falls during this place and thus the temple is understood as Tukreswari. The temple has been established on top of the Tukreswari hill and a Shiva Temple has also been established on the highest of Capitol Hill alongside the Temple of JOYA- VIJOYA. Having known about the unseen power of Goddess Tukura and the Shiva Temple which were in the infancy stage the Zamindar Of Bijni Estate constructed the Temple and donated a sizable plot of land for the same. The Monkey population of the temple is extremely high and that they have gotten their King and Queen which may be a remarkable aspect of the temple.
Also, Read Top 10 Picnic Place In Assam

One of the most important lakes in lower Assam is that the Urpad Beel Lake, situated in Agia, 9 km far away from the Goalpara town, towards the capital of Assam, Guwahati. It is another natural lake which is found within the district of Goalpara and features a number of natural resources, which actually makes livelihood easier for several people within the area. For example, the lake is full of fishes, and fishing is one of the popular professions here. A number of water plants such as the water lily, the water hyacinth, etc also abound this lake, thus enhancing its aesthetic appeal to the viewer. There are a variety of birds that are natives of the lake including adjutant bird, egret, whistling teal, kingfisher, etc. Moreover, a number of migratory birds come to the lake each year.

The Goalpara district of the North Eastern state of Assam has a number of picturesque locations. The Kumri Beel lake is one such location and a famous tourist spot in the world. Kumri may be a natural lake that attracts a variety of travelers, photographers, and nature lovers with its ethereal beauty. The lake is located at 11 km distance from the Goalpara town and is also a spot where a number of migratory birds fly to, during winter. It is surrounded by lush green forest and marshy lands, which further enhances the beauty of the place. It is only 1 km away from the Narnarayan Setu, which makes it easily accessible to most travelers.

The Goalpara district of Assam is a wonderful holiday destination that has a number of well-known tourist spots. One such tourist attraction is that the Dadan Hill, on top of which a Shiva temple is situated. According to a legend, a general of the king of Sonitpur, Bana, called Dadan, had killed a wild elephant here as it used to disturb him during his meditation. He was a disciple of Shiva and had established the temple on top of the hill. A sculpture of the elephant made by rock is additionally found on the riverbank of Dariduri. Apart from the religious importance, the spot surrounded by green mountains is also well known for its breathtaking beauty.

The hub of Vaishnavite culture and religion, the Shyamrai Satra was established within the heart of the town of Goalpara. The Asthi of Sri Manta Sankardeva has been taking care of by the Satra authority.

It was built in the memory of Pir Saiyad Abul Kasem.

Besides these places, there are so many places rich in their culture, heritage, and historical importance.