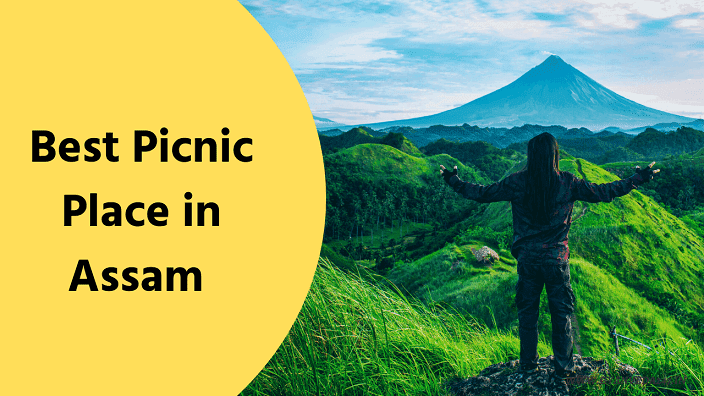 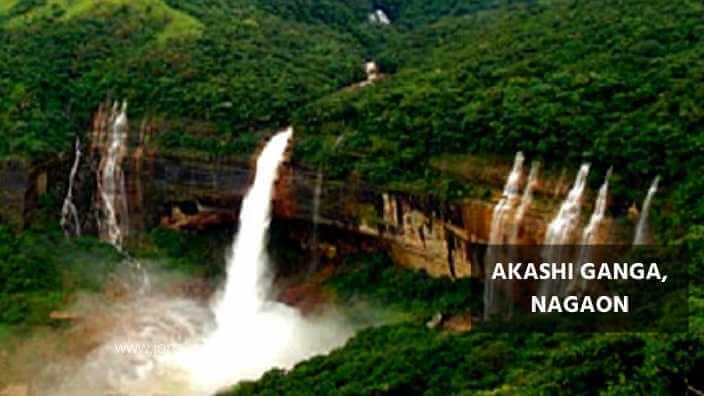 Akashiganga is a big fountain near Dabaka City, located 50 miles southeast of Nagaon, Assam, on Assam's Dabaka-Dimapur Lane. Akashiganga discovers a sacred place connected to the Shakti conspiracy of Kalika Puran in a charming setting and beautiful background scenes. There are many temples of rock and their ruins at the end of which have immense historical significance. These remains, built for the twelfth millennium, offer a natural attraction.

The history of Akashiganga goes back to the mythological period. It was said that when Lord Shiva wandered with Lord Vishnu Parvati's (Sati) cut-out system of Sati parts, Shiva brought the dead body of his wife Sati and roamed the universe in great fury for an unjust act. Vishnu dismembered Sati's dead body with his chakra in order to return Shiva to his usual poise, and her head is thought to have fallen close to Akashiganga's waterfall. From then on, people would treat this place as sacred. Therefore, on the day of Makar Sankranti, which is called Magh Bihu in Assam, the place is a revered pilgrimage place for Hindus who visit in very large numbers to take a bath in the holy water to wash away their sins.

In the Indian state of Arunachal Pradesh, Bhalukpong is a small town located in the foothills of the Himalayas. In the Kameng district of Arunachal, this hill station is situated and is also the headquarters of this circle. This place has an altitude of 213 m and is connected to Tezpur, which is only 52 km away.

There is also a hill station and tipi, which has one of the largest orchid rooms, near places like Bomdila. The Kameng rivers that pass through the city are one of Bhalukpong's main attractions and you can spend time sitting next to the water. Bhalukpong is on the way to some of Tawang and Bomdila's most popular destinations, but it also has its own beauty and charm. The place has a thick forest linked to the game sanctuary Pakhui.

There are several activities in the area that you can enjoy, such as river rafting, hiking, angling, and fishing, etc. There is also a fort called Bhalukpong Fort, although it is now in ruins and was built on the banks of the Bharali River. This fort has its beauty and has a rich history and culture as well.

These days, Panimur waterfall, 32.7 km from Umrangso, is mainly a great attraction for visitors. Two of our famous Bollywood actors, Shahid Kapoor and KanganaRanaut, have recently been seen shooting their upcoming Rangoon movie. This is one of the most beautiful places in Dima Hasao to visit and, of course, amazing.

Bheloghat waterfall is in the Karbi Anglong district. the  place is good and pretty clean, the waterfall amazes the most

Hohua  is one of the most beautiful and naturally incredible places to visit. It is situated in gowalpara district. which is  65 km away from Guwahati.  It takes 1 hr 14 mins to travel from Guwahati to Hohua

If you are searching for the Best picnic place near Guwahati then Hatisila is the best place for you. The  Approximate distance between Guwahati and Hatisila is 22 km. It takes 26 minutes to travel from Guwahati to Hatisila

With the wonderful sites of nature in the tri-junction of Bhutan, Assam, and Arunachal Pradesh, Bhairabkunda is located. It is situated on the northern bed of the town of Udalguri, around 22 km from the district headquarters. Often well-known to the pilgrims as an important tourist place of Shiva.' Devotees daily visit the temple and give pujas to achieve success in their lives. Marriageable couples prefer their intimate intimacy to the location. Geographically, the Shiva temple lies within the territory of Bhutan, but it is an important pilgrimage for Indian visitors.

Chandubi Lake is a natural lake located 64 kilometers from the city of Guwahati, accessible via National Highway 37, in the Rabha Hasong Autonomous Council, Kamrup District, Assam. The lake is situated at the foot of the Assam and Meghalaya-surrounded Garo hills. Deep forests and small villages cover the town. It is a natural picnic and sightseeing spot. During winter, this lake attracts migratory birds.

Hahim is a popular picnic spot for Guwahati residents, just a few kilometers from Guwahati in Assam. A beautiful natural place is the Hahim Picnic Area. Hahim is located in Assam, India, in the Boko Tehsil of Kamrup district. It is located 18 km from the headquarters of the Boko sub-district and 90 km from the headquarters of the Amingaon district.

Sri Surya Pahar is situated about 12 km southeast of the city of Goalpara and the nearest city from here is Bongaigaon. Which is one of the best places to visit in goalpara district It is an important yet largely unknown archaeological site in Assam, India, about 132 km northwest of Guwahati. The site is a hilly terrain where many rock-cut Shivalingas, votive stupas, and the Hindu, Buddhist, and Jain pantheon deities are scattered about one kilometer in an area. The site focuses on Sri Surya's hills (Pahar), which are profusely packed with Shiva Lingas (Lingam). The common belief is that Vyasa engraved 99999 Shiva Lingas here to create a second Kashi (where there were 1,00000 Shiva Lingas) and once it was one of the region's most holy pilgrimage sites. There is no historical proof of exactly how many Lingams once dotted in these hills, but still, after centuries of neglect and pilferage, there are hundreds of them, from small to large in number, scattered everywhere at the foot of the hill and covering the vast region. Scientifically, the exact figure of the Lingas (and even other deities and relics) on the hill has yet to be counted. (wiki-source)