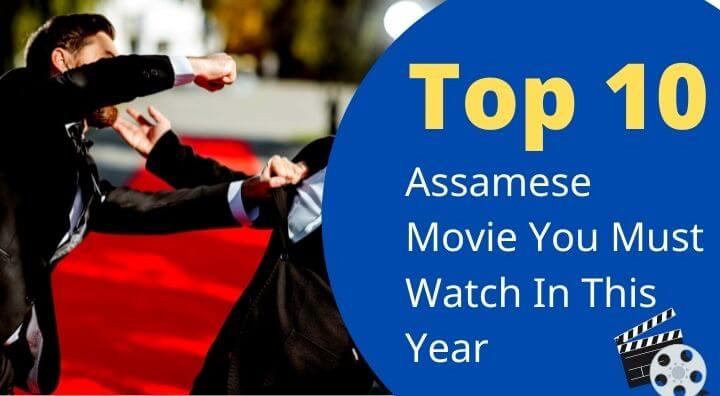 Rupkonwar Jyotiprasad Agarwala is the first filmmaker in the Assamese film industry. The filmmaking work in Assam has been progressing at a rapid pace since the first film Joymoti was made.

The Assamese film department has come a long way for some young filmmakers who are not afraid to take risks. These people are not bound by obstacles. They have succeeded in making the Assam audience with their stunning work.

Let's look at some of the films that have been released in recent years that no film-loving audience wants to lose.

Village Rockstars won the Swarna Kamal award for being the best -featured film at the 65th National Awards. This movie also selected for 92nd Academy awarded as India's official entry. This movie is directed by Rima Das. The movie Village Rockstars made with a limited budget. The main character of this movie is a village girl named DHUNU Who dreaming of her own rock band.

This movie is directed by Sanjib Dey.  Smoking Barrels is the most original film nowadays. The story of this movie is based on three individuals - a young girl, a dropout engineering drug peddler. and a poor fisherman who becomes an elephant poacher due to government bans on fishing in protected areas.

The movie calendar is directed by Himjyoti Talukder under the banner of Enajori Talkies. This movie was released on 16th February 2018. Calendar is a drama movie. The film stars who worked in this movie are Moloya Goswami, Arun Nath, Gunjan Bhardwaj, and Rimjhim Deka.The Prag Cine Awards North East 2018 presented Calendar with seven awards in different categories.

Some people are often seen waiting near the streets of Guwahati. They are daily wages laborers. They wait for someone to give them some work and so that they can get some food for their family. The film is directed by Dweep Chaudhary about the plight of these people. He addresses some burning topics of this state like hill encroachment, man-leopard conflict, displacement of farmers due to nature confusion, the humiliation of a particular community, etc. Some of the most terrific performances of Baharul Islam, Jaya Sil, and Pakija Hashmi in the titular role of his film Alifa have made the film better.

This movie is written and directed by Santwana Bardoloi. This is a drama movie. The movie was released on 27 October 2017. The main role of this movie lead by Adil Hussain. Adil Hussain wins a Nation award at 64th National Awards for acting in this film. The award is a Special mention award. Some other casters of this movie are Shakil Imtiaz, Mahendra Rabha, Sulakshana Baruah, Pranami Bora, Kasvi Sharma.

Kathanodi was Bhaskar Hazarika's 1st Assamese movie to give importance to promotion. The movie was dark and intense and also based on Lakshminath Bezbora's famous fables "Buri Aair Sadhu". This movie was shot on the World Heritage site and the largest river island Majuli. Some of the best actors from Assam like Adil Hussain, Urmila Mahanta, and Kapil Bora worked in this movie. Mainly female characters are offered by Bhaskar Hazarika's own interpretation. The movie Kothanodi was selected as the best Feature film in Assamese in the 63rd National Award.

Local kung Fu is one of the most entertaining movie in the Assamese movie industry. This movie is directed by Kenny Deori Basumatary. This is the second assumes which released national wide. It has also been dubbed India’s first kung fu movie. This movie makes only a 95000 Rs budget and shoots with a Canon 550-D Camera. This movie also has a sequel called Local kung Fu-2.

Guru is an Assamese movie released on 19 Feb 2021. This film has the lead characters of Baharul Islam, Pakija Begam, Pranjal saikia, and Arun Nath. The film is directed by Himanshu Prasad Das. This movie has Avg. User’s rating of 5-star website like end times. Some famous singer likes Neel Akash, dikshu sharma, deeplina deka, angaraag papon mahanta working in this movie. The movie theme is based on “Drama”. You guys definitely love this movie.

Ratnakar is an Assamese movie released on 11 Oct 2019. Jatin Bora directed the film, which also cast Jatin Bora, Barsha Rani Bishaya, Nishita Goswami, and Ashramika Saha in the lead roles.Rina Bora, Sanjeev Hazarika and Bishnu Kharghoria are other popular actors in Ratnakar.. This movie has Avg. User’s rating of 3.7-star website like end times. The movie theme is based on Drama & action. You will find lots of action in this movie. You must watch this epic movie.

Kanchanjangha is an Assamese movie released on 6 Sep 2019. The film has been directed by Zubeen Garg, featured as lead characters Zubeen Garg, Pabitra Rabha, Sasanka Samir, and Runu Devi. If you are a fan of Zubeen Garg this movie definitely becomes your favorite one. This movie theme is based on action and drama. You will find lots of action here. The story of. This movie will be touching your heart. Mainly some of the scenes of this movie give tears to your eyes.